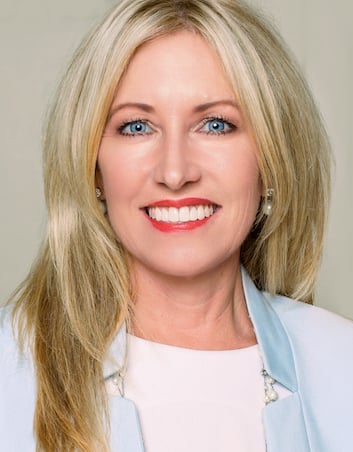 Sheryl Vieira is a marketing professional with extensive experience in advertising, client relations, community outreach, new business development, event planning, media relations and sales. She has been acknowledged for her creative approach to marketing and PR and for her high professional standards. She is the vice president of marketing & PR for Caldwell Trust Company and manages the company’s strategic marketing, business development, community outreach and branding.

Sheryl relocated to Sarasota from New York as a marketing consultant for RHI Group, Inc. in 1999. Her first local client in Florida was Chef Paul Mattison, which is where Sheryl’s passion for food and wine stems from. Her culinary experience as marketing director for Chef Paul Productions, now Mattison’s, came from her time assisting Executive Chef Paul Mattison with public appearances, hands-on cooking classes, wine dinners, culinary tours to Italy and hosting of the television show What’s Cookin’ on SNN6.

Vieira was recently named a 2018 Finalist for the national PR People ‘Marketer of the Year’ award by PR News and was one of only five finalists nationwide. Locally, Vieira has been honored for her professional accomplishments. She received the Ginnie Duffey Troyer Award of Professionalism by the Central West Coast Chapter of Florida Public Relations Association and secured an ADDY for excellence in advertising by AdFed Suncoast, the local chapter of the American Advertising Federation. Caldwell Trust was awarded the Top Trust Banking Firm and the Top 500 Largest Companies on the Gulf Coast this year, all while celebrating monumental milestones as the company surpassed a billion dollars in assets under management and marked its 25th anniversary.

When it comes to volunteering, Sheryl is no stranger to the many civic and arts organizations. She currently serves on the Florida Public Relations Association Board of Directors. She recently completed a five-year run co-chairing the annual Taylor Emmons Scholarship Fund golf tournament from 2011-2016. Past community involvement has included co-chairing the Clowning Around Town kick-off party for HOSPICE Palliative Care, the Hats & Chukkers Tea and Fashion Show for All Children’s Hospital Women’s Guild of Sarasota, as well as the 2012 Orchid Ball for Marie Selby Botanical Gardens. She has volunteered on numerous committees for other organizations such as All Faiths Food Bank, All-Star Children’s Foundation, Arts Council, Boys and Girls Clubs of Sarasota County, Children First, Cystic Fibrosis Foundation, Every Child Inc., Girls Inc., Mote Marine Laboratory and Aquarium, NARSAD, New Gate Montessori School, Safe Place Rape Crisis Center, the Sarasota Bay Estuary Program, The John & Mable Ringling Museum of Art, The Out of Door Academy and The Wellness Community Foundation.

Sheryl is a member of the Florida Public Relations Association (FPRA) and Florida Bankers Association. She was appointed as a member of the RESIDENCE International Marketing Advisory Committee representing this region of the United States. She has received The President’s Volunteer Service Award from the President’s Council on Service and Civic Participation in conjunction with the National & Community Service and USA Freedom Corps. She was a member of the Young Professionals of the Greater Sarasota Chamber of Commerce and she was also a member of the Junior League of Sarasota. Sheryl has received two Addy Awards, a reflection of her skills in the visual and communicative arts.