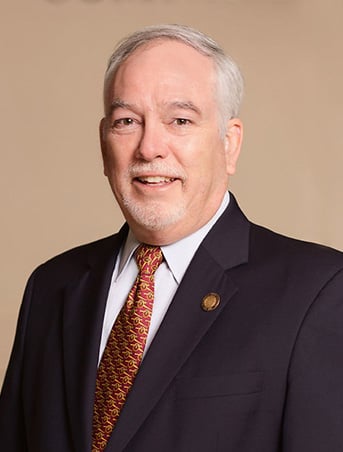 Tramm Hudson is a retired Sarasota banker, U.S. Army officer, and well-known community leader who has spent over 30 years sharing his leadership experience in banking, finance, economic development, and strategic planning with several organizations in the Sarasota-Manatee region.

He has been influential in the political arena, serving three terms as chairman of the Republican Party of Sarasota County and as a delegate and alternate delegate to the 1996, 2000, and 2004 Republican National Conventions. In 2005, he served as chairman of Workforce Florida, the governor-appointed board that oversees labor and job training programs statewide, and in 2006, was a Republican candidate for Congress in Florida's District 13.

A native of Montgomery, Ala., Hudson graduated from Vanderbilt University in 1975 as a distinguished military graduate. He served as a Cavalry officer in Germany for three years and continued in the Army Reserves after his active duty. He commanded an Infantry Company in the early 1980s and served in several staff positions at the battalion and brigade levels. He retired from the Army Reserve as a Lt. Colonel in 1996.  He earned an MBA from Emory University in Atlanta. He and his wife, Sarah Thompson Hudson, have three grown children and four grandchildren.