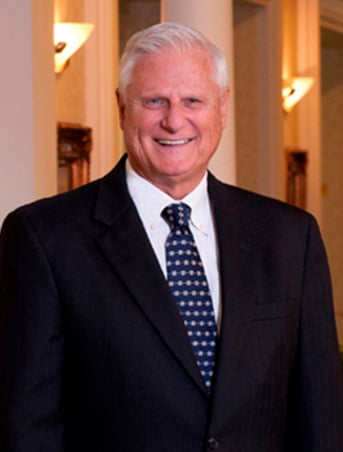 Mack Reid has spent most of his life with the Boys & Girls Club, having joined his hometown Club in Gadsden, AL when he was 10 years old. He worked at the Club all the way through college then accepted his first full-time position in Sarasota in 1970.

After a 43 year professional career, Mack retired on August 1, 2013. During his career, Mack held CEO positions at Boys & Girls Clubs in Tuscaloosa, AL, Albany, GA, and in Sarasota, FL beginning in 1989.  Mack said, "I can honestly say, after working at the Club for two weeks while attending college, I knew I wanted to spend my life's work with the Boys & Girls Club."

He graduated from Jacksonville State University in 1969 majoring in Business with a minor in Economics. He continues to serve as a consultant for Clubs across the country and is a mentor with Take Stock in Children of Sarasota County. Mack and his wife Lynne will celebrate their 40th anniversary in March of 2014 and are most proud of their two sons, J. Mack and Dustin.

The Story of How Mack Became a Board Member of Caldwell Trust Company
Shortly after I returned to Sarasota, I had the great fortune of meeting Roland and Kelly Caldwell, Leo O'Meara and a bit later Lee Thacker. These men had a great impact on me because of their professionalism, business sense, integrity and devotion to their community. Caldwell Trust immediately began supporting the B&GC along with so many other great community organizations. After my retirement, I was invited to join their prestigious board and I am honored to be a part of the official Caldwell Trust Family.