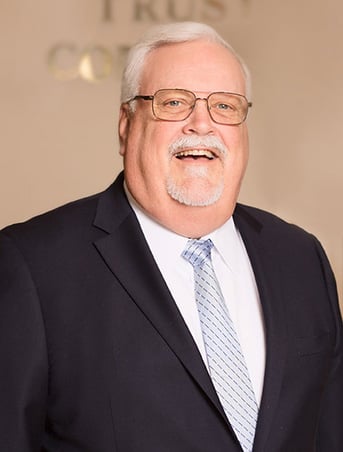 Reverend Gray retired from the ministry in September of 2010, after 31 years of service as senior pastor of two Episcopal congregations: Grace Episcopal Church, Port Orange, FL (12 years) and St. Mark’s Episcopal Church, Venice, FL (19 years). He currently serves as development officer with the Episcopal Diocese of Southwest Florida. A Vietnam veteran serving in the U. S. Army in 1970-71, he graduated from the University of Central Florida with a Bachelor of Arts degree and then pursued his pastoral calling and earned his Master of Divinity degree from Nashotah House Seminary.

Rev. Gray’s community service includes serving on the boards of the Salvation Army for seven years and The Gulf Coast Community Foundation of Venice for six years. He currently serves as chaplain of the Venice Yacht Club and is a member of the Venice-Nokomis Rotary Club and is a Paul Harris Fellow. Rev. Gray has been a director of Caldwell Trust Company since 2010 and is a member of the Company’s Trust and Audit Committees.

For many years, Chris has had a personal relationship with Kelly Caldwell, fellow Director Molly Caldwell, their spouses and children, through their involvement and activities at St. Mark’s. When Chris announced his retirement in 2010, Kelly invited him to join Caldwell Trust Company as a Director. “Caldwell Trust Company brings new meaning to the word ‘excellence’! It is an honor to serve with such an exceptional company who put clients and community first and live daily by the Caldwell Trust Company motto Personal ~ Traditional ~ Independent,” says Christopher Gray.